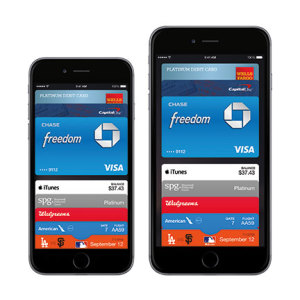 I have an iPhone 6. Apple’s platitudes aside, it really is an amazing device. I love the extra real estate, taking slow motion videos of my kids, and the great camera.

One of the features I was really looking forward to was the long-anticipated Apple Pay functionality. I’ve been interested in the idea of near field communication (NFC) based systems for awhile, and this was the first implementation of it I would be able to use.

For me, the system is exactly what I need. I never have cash on me. Ever. Everything I pay for during my day-to-day life is done with a debit/credit card. In addition, the one thing I always have with me is my phone, and combining the two things has the potential to make life very easy.

When Apple Pay officially launched last week, I added in a credit card and tried it out at a few merchants. The first, a McDonald’s near campus, worked exactly as advertised. I think not a lot of people had used it as I surprised the cashier when I placed my phone on the card reader and with a beep my McNuggets were paid for.

I also used my phone to pay at a local mom-and-pop convenience store. They aren’t one of the giant partners like Target that Apple has marketed, but they had one of the PayWave readers so I figured I’d try it. Lo and behold, it worked fine. Something to think about if you are shopping and you see one of those readers – try it out.

With record-breaking sales of the iPhone 6 and 6 plus, more and more of our customers are going to want to be able to pay with their phones in locations on campus like the bookstore, coffee shop, library, sporting events/concerts and more. To put it in perspective, Apple sold 10 million iPhone 6 and 6 plus models on the first weekend they were available.

First, you’ll need the hardware and readers to accept the NFC payments. You may already have these.

Second, you’ll need to ensure your payment processing partner will support the new system. The processing system we use, Authorize.net, has announced full support for Apple Pay, including the functionality to no additional cost for merchants. This is especially helpful if you take payments inside an App and want to integrate Apple Pay into your process.

But is it safe? In this era of retailer data breaches and credit card fraud, is paying with your phone safer or less secure than using your card? Here’s what Apple has to say:

Apple Pay will change the way you pay. When you add a credit or debit card with Apple Pay, the actual card numbers are not stored on the device nor on Apple servers. Instead, a unique Device Account Number is assigned, encrypted and securely stored in the Secure Element on your iPhone or Apple Watch. Each transaction is authorized with a one-time unique number using your Device Account Number and instead of using the security code from the back of your card, Apple Pay creates a dynamic security code to securely validate each transaction.

Unlike countries in Europe and Great Britain, the chip-and-pin system is not yet the norm here in the United States. This is a good step towards ensuring additional security in the payment systems we have today.

Since the launch of Apple Pay, several large retailers have said they won’t be accepting Apple Pay, instead banding together to create their own payment system, CurrentC.

While CurrentC won’t require a phone enabled with NFC to take a payment, you will have to grant that app access to your checking account as well as give it your loyalty card information and who knows what other personal data.

Once you’re at a store, and ready to pay, you have to open your CurrentC app, scan a QR code (seriously) and then your transaction will be complete.

I don’t like the idea of using my checking account directly tied to an app. Credit cards are nice because of the built-in fraud protection. If something goes wrong, it’s easy to fix with a phone call to my merchant. When an error occurs with a checking account, money disappears and that could potentially put people in a bad spot.

They have a powerful continent of merchants who have pledged support for CurrentC, including WalMart and Best Buy, and many of those, including CVS and Rite-Aid are blocking users from using Apple Pay.

Do you know what happens when you stop consumers from using the payment method of their choice? They’ll go somewhere that does – in many cases across the street to Walgreens, who is supporting Apple Pay.

CVS and the other CurrentC companies will almost certainly use the system exclusively for a relatively short time. If, as most observers expect, customer demand for NFC-based systems like Apple Pay grows rapidly, these retailers are not going to adopt a “my way or the highway” attitude with their customers. They have learned that when it comes to technology, it’s a consumer-driven world and they just live in it. And one other thing retailers have — or should have learned — is not to underestimate the power of Apple in the consumer world. 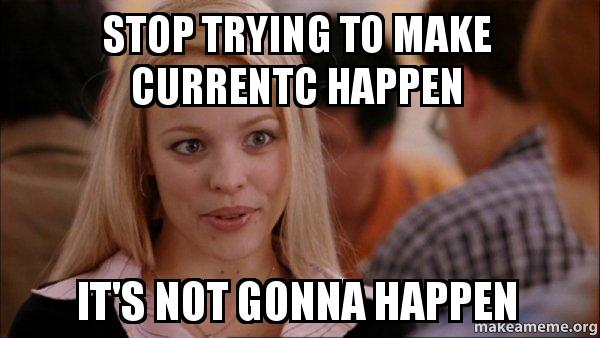