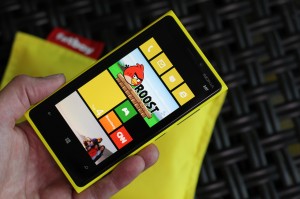 We’ve been preaching the authenticity message when it comes to marketing our institutions for years. Are we always truly “authentic?” Maybe, maybe not.

If you’re looking for a lesson on authenticity, don’t do what Nokia just got caught doing.

In the hype machine lead-up to the announcement next week of the iPhone 5, Nokia announced its new Lumia line of phones. One of the Lumia’s new features are new cameras and software that does all sorts of fancy tricks like image stabilization. At first look, this video makes the feature look pretty amazing.

I’ll admit. For the first time in a long, long time, I found myself intrigued by a non-Apple smart phone.

If I’ve learned anything in my years of using the web, it’s that you can’t fool people. The people at The Verge watched that video and thought, hey, that video looks too good to be true. And it was. Watch this:

The Verge said this:

The opening segment (which, importantly, isn’t qualified by a “screen images simulated” notice), shows a young man and woman cheerily riding bikes along a scenic river. As he films her breezily laughing, the ad shows side-by-side video — obviously intended to represent the phone’s video capabilities. On the left, Nokia shows the non-stabilized version, which, predictably, looks terrible, and on the right the ad shows the perfectly smooth capture, purportedly enabled by Nokia’s optical image stabilization technology. The only problem is that the video is faked.

So what could Nokia has done different or better? While someone should have caught this slip-up, Nokia should have been more honest upfront, claiming it was a demonstration and the video was not shot on the real camera. When pressed by many tech blogs today, Nokia first put up a quick disclaimer on a blog post. Later in the day, they posted a full-blown apology:

In an effort to demonstrate the benefits of optical image stabilization (which eliminates blurry images and improves pictures shot in low light conditions), we produced a video that simulates what we will be able to deliver with OIS.

Of course, hindsight is 20/20, but we should have posted a disclaimer stating this was a representation of OIS only. This was not shot with a Lumia 920. At least, not yet. We apologize for the confusion we created.

They also posted new video from an actual phone showing the software in action. Here it is.

Yeah, not as exciting. Cool, but not something that would make me give up my iPhone any time soon.