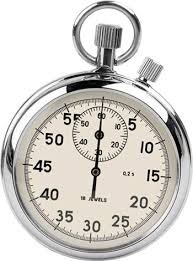 GigaOm reported this weekend that Google potentially may look as how fast your site loads and integrate that into its PageRank system.

Matt Cutts, a software engineer and an eloquent corporate spokesman for Google, spoke at PubCon earlier this month and later gave a video interview to Web Pro News, in which he said that the speed at which web pages are available might become a factor in SEO moving into 2010.

While Google hasn’t officially said this is going to happen, having as fast a website as possible is a very good thing, for your users and for you. And in the future, your Google Rank.

So, let’s look at a few ways you can improve the speed of your site.

Most, if not all, of the major web servers available today offer some sort of compression. What that means is they serve out the content to your browser in a certain way, much like a ZIP file, that your browser can read and deflate very quickly. Smaller files sent = faster site.

Now, how you set up compression differs by what web server you are using and what platform your server is.

In PHP, it can be as easy as adding one line of code to your site. Like this:

If you’re using Apache and only serving out HTML, you should look into the mod_gzip apache plugin. It compresses text files on the fly. Here are some instructions for IIS, though there are also commercial plug-ins you can buy to achieve the same result.

Sometimes you may not have access to the actual server or root access to install some of these services. No worries – some CMS and blogging systems offer plug-ins to achieve some of these things.

I’m a WordPress nut, so on all of the installs I run, one of the first things I always install is WP Super Cache, created by Donncha O Caoimh. This plugin will cache pages of your site for super fast loading, it will compress HTML, if enabled. This plugin also works in MU, and I’ll blogging that later.

Not sure its worth it? Check for yourself. There are many sites on the web that test your site and see if you are compressing data. Here’s one that quick and easy to use. For this site, by using compression I’m saving almost 75% in terms of the amount of data sent. Faster sends = faster site loads for users.

2. Cut Down On Stuff

Compression is great, but if you site is pulling in a million assets, widgets from third-party sites, and three or four Javascript libraries, it won’t make any difference. If you can, cut down on the number of calls, minify your javascript libraries and determine something like that Facebook fan box is absolutely critical to a page.

I think we’re all a bit guilty in the broadband era of not worrying about how much our page weights are. It’s worth looking at, especially as more and more web surfing is done on mobile devices.

Want to see how much stuff your code is calling for? Check out Firebug for Firefox or use Safari’s built-in Web Inspector. You may be surprised what you see.

Serving some of your static content (images, CSS, js) from a content delivery network will increase the speed of your site. These assets don’t change very often, so why not let a very fast network serve them out.

There are a ton of options out there, from very expensive to not so expensive, but the two I’d recommend are Amazon S3/Cloudfront and Rackspace’s Cloud Files.

Those two are inexpensive, easy to use and very fast. The few bucks a month you’ll pay are well worth it.

Last but not least, if you write clean, good code, your site will load very faster.

If your code is a mess, or god forbid, you’re still using a layout method like tables, your site is going to take longer to come down the pipe and also render out for the user.

Are there easy things I’m missing? Leave a comment and let me know.

1 thought on “Will Google Rank Your Site Higher if its Faster?”