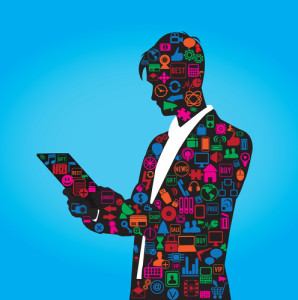 If you haven’t optimized your marketing campaign for mobile users, your company should reevaluate its strategy. Consumers use smartphones and tablets more than they use traditional computers. But with mobile marketing comes a new set of challenges. If you’re still not convinced, here is the inside scoop on mobile web traffic and how your business’ reputation for honesty can translate into sales.

Mobile users finally eclipsed the number of desktop users in late 2013. It makes sense then, that mobile traffic has overtaken desktop web traffic as well. In fact as of July 2014, mobile web traffic made up 60 percent of all traffic. In fact, 51 percent of mobile traffic was propelled by mobile apps such as Twitter, Facebook, and Instagram. The comScore Report, also suggested 23 percent of organic traffic originated on an Android or iOS smartphone, while 12 percent originated from a tablet.

In July 2015, a KCPB mobile technology trends study was conducted which examined how much time users typically spend online with mobile devices versus on a desktop. They found, in 2015, adult users spend about 2.8 hours a day on mobile devices, compared to 2.4 hours per day on computers. Users now spend 51 percent of their online time on their mobile device. This is a tipping point, from here on, the time spent on the mobile web will increase exponentially.

While your company should have its website optimized for mobile traffic, relatively few consumers will see it if you don’t have an online presence in the social media world. Social media marketing is where you’ll find a lot of potential customers or clients. While you may be new to the social media scene, you have one great attribute that can put you ahead of the game: honesty.

Velocity, an Internet cloud service found that the honesty of a restaurant had a great impact on them. Despite the restaurant’s lack of precise facilities, the honesty of the event coordinator won the restauarant an event for 30 people. The events coordinator didn’t have exactly what the Velocity party wanted but communicated this fact with additional information on how she could accommodate them–she down sold them with a twist. Her honesty showed her character and what kind of business the restaurant was. She cared about their experience, she didn’t lead them along them disappointed, and the restaurant would go above and beyond to accommodate them.

This is a valuable lesson. Honesty in your company’s product or services can win you business. Velocity chose the restaurant, even though it wasn’t exactly what they wanted. Though it may seem counter-intuitive, you should be honest about your company’s shortcomings; but also illustrate your company’s improvisational abilities to meet the needs of customers and clients.

Nothing keeps clients and customers loyal more than satisfaction. When you’re honest with your social marketing, your company earns a reputation for your honesty and ethics. When you show the human side of your business, you’ll attract people who would rather work with a person who cares about their work instead of a person who just goes through the motions.