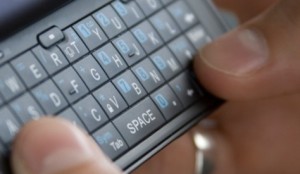 One of the big fundraising pushes last week in regards to the earthquake in Haiti is people who are texting “haiti” to 90999. When you do that, a $10 gift is given to the American Red Cross. For the end user, that charge is added to your phone bill by your mobile carrier.

It’s definitely easy for someone to just type in five letters to support disaster relief, and this effort has raised millions of dollars for relief efforts, which is good.

But, there’s a bit of a gotcha with fundraising like this.

Often, the actual payout isn’t made to the parties involved, in this case the Red Cross, until several months after the fact. Why the delay? The user has to pay their phone bill. Once that happens, the carrier sends along the cash.

This makes sense if you are signing up for dumb (and sometimes scammy) mobile services like ringtones and horoscopes that add charges to your bill. This is bad if you’re the Red Cross and $10 million that is needed now is sitting in Verizon or AT&T’s coffers.

To be fair, Verizon said they are going to pay out the Red Cross money instead of just waiting as it would with other parties. Good for them. I haven’t been able to find if other carriers will be doing the same. I hope they are.

The buzz over these text donations got me thinking. Would something like this work for higher ed? Would donors to my college be more apt to donate if all they had to do was text “GATORS” to our short code?

I think some would, mostly because it’s super easy. They text a word to a short code, confirm their gift of $25 or some other predetermined value, and they’re done. That’s certainly easier than typing in credit card numbers in a form or finding their checkbook to mail a check. Checks? Quelle horreur!

While it’d be convenient for donors, I think this would completely freak out the people in charge of fundraising.

Why? There’s no paper trail. I don’t know what sort of information the Red Cross is getting from the carriers, but I doubt its much more than a donation amount. For college fundraisers, they want much more. They tend to want names, valid addresses, valid emails, source codes, mailing codes, student id numbers, etc. I don’t blame them, it makes the CRM process much easier in the long run. They want to know what solicitations I’ve responded to, how much I’ve given, if my texting gift is a supplement to my other gifts and so on. It’s all about the data.

Even if a mobile number was passed along as part of a gift, what are the chances that phone number is on record at the institution? I certainly haven’t given my cell number to my alma mater, have you?

I have a few questions. Would you use a system like this to give money? If you’re a fundraising professional, am I off-base in thinking that you wouldn’t like this, or are you more glad to just see some money coming in?

5 thoughts on “Fundraising via text: a viable option?”