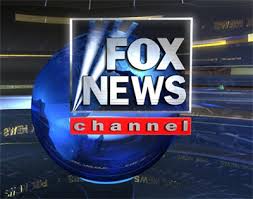 I’ve been meaning to blog about this for awhile, but my busy summer schedule has taken me all over the world the last few months. I’m now back in the US for the foreseeable future and finally have some time to blog about something interesting we did this summer on campus.

Earlier this summer, we received a call one morning that Fox News wanted one of our professors to appear on a noon-time show. Usually, when you appear on a news network show such as on Fox or CNN, you either have a satellite truck come to you or you go to a studio that has the ability to uplink with the network’s control center, be it in New York or Atlanta.

We didn’t have the time nor the money to do that, so Fox News suggested the next best thing – Skype.

I’m a big fan of Skype, and use it to talk with my kids when I’m travelling around the country. During those types of usage, I can put up with Skype’s limitations and occasional skips and buffering. When we were going to send this video and audio to millions of homes across the country, I got nervous about using Skype.

With just a few hours notice, we started to think about how we can get the best audio and video out of Skype. Once we found a good, quiet location on campus, we started gathering up technology. We took with us across campus an iMac, our Sony HD video camera, some lights, a Snowball USB microphone and a bluetooth headset for a cell phone.

Why the Bluetooth headset? That was the way our professor was going to be able to hear the questions from the host as well as directions from the producers and directors of the show.

We setup the camera to shoot in SD, since Skype won’t work with HD. We thought the stand-alone camera would give us a better picture compared to the built-in iSight in the iMac. We set the Snowball mic just off-camera but close enough that it would pick up sound well enough. Next time we do this, we’ll take a lapel mic.

Before we knew it, it was time to go live across the country. I watched the broadcast in a nearby cafeteria with several colleagues. In the end, the picture quality and audio was pretty decent – and I while I won’t comment on Fox News or the actual content of the piece, it was good exposure for our college and we pulled off quite a feat quickly and efficiently.

Check out the video here and see for yourself. I don’t think we did too bad.

3 thoughts on “On The Air With Fox News”